A Legacy of Peace, Love, and Gentleness 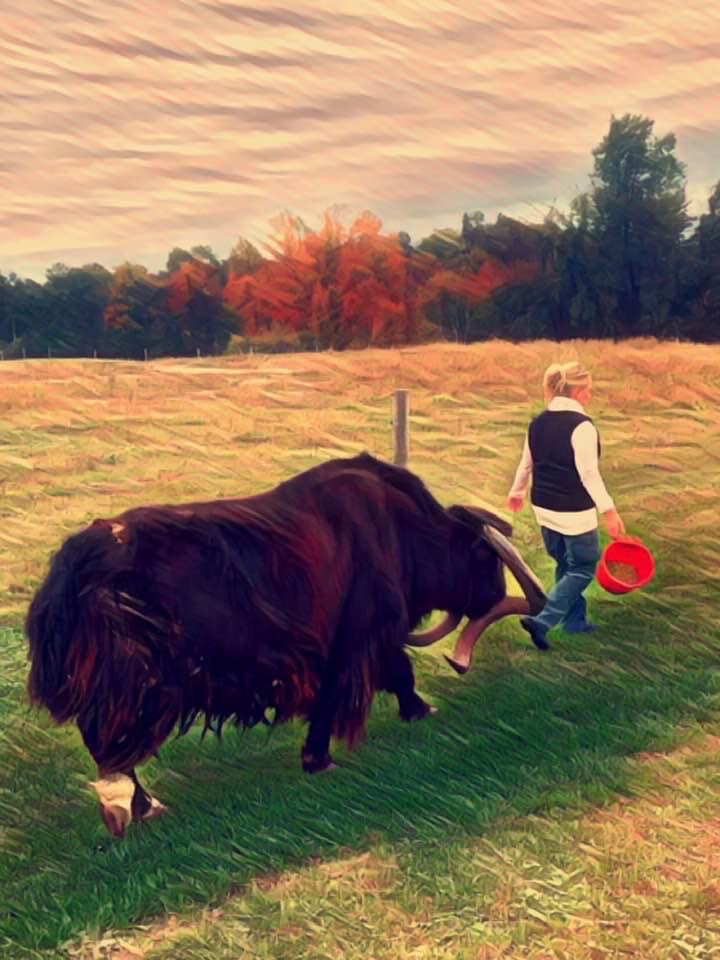 Clear Spring farm was home to Jericho, a 20-year-old Native Trim Tibetan Yak, before his passing. Jericho was no ordinary yak. He was awarded the title of Longest Yak Horns In The World, measuring a whooping 126 inches long from tip to tip and 10 inches circumference.

Dec. 28, 2019, Jericho passed away. He leaves a legacy of peace, love and gentleness. Known for his docile demeanor, kind spirit and world record horns, Jericho leaves his giant hoof prints on many hearts. Clear Spring Farm will be his forever resting place as he was buried in the pasture that he shared with his beloved yak family. A memorial will be built in his honor to keep his memories alive. Jericho was 20 years old and touched the lives of so many folks all over the world : fellow yak owners, youth yak campers, farm visitors, photographers, North Star Farm Tour visitors, the Tibetan community, IYAK, neighbors, WCCO “Finding Minnesota “ viewers and staff, and many, many friends and family. 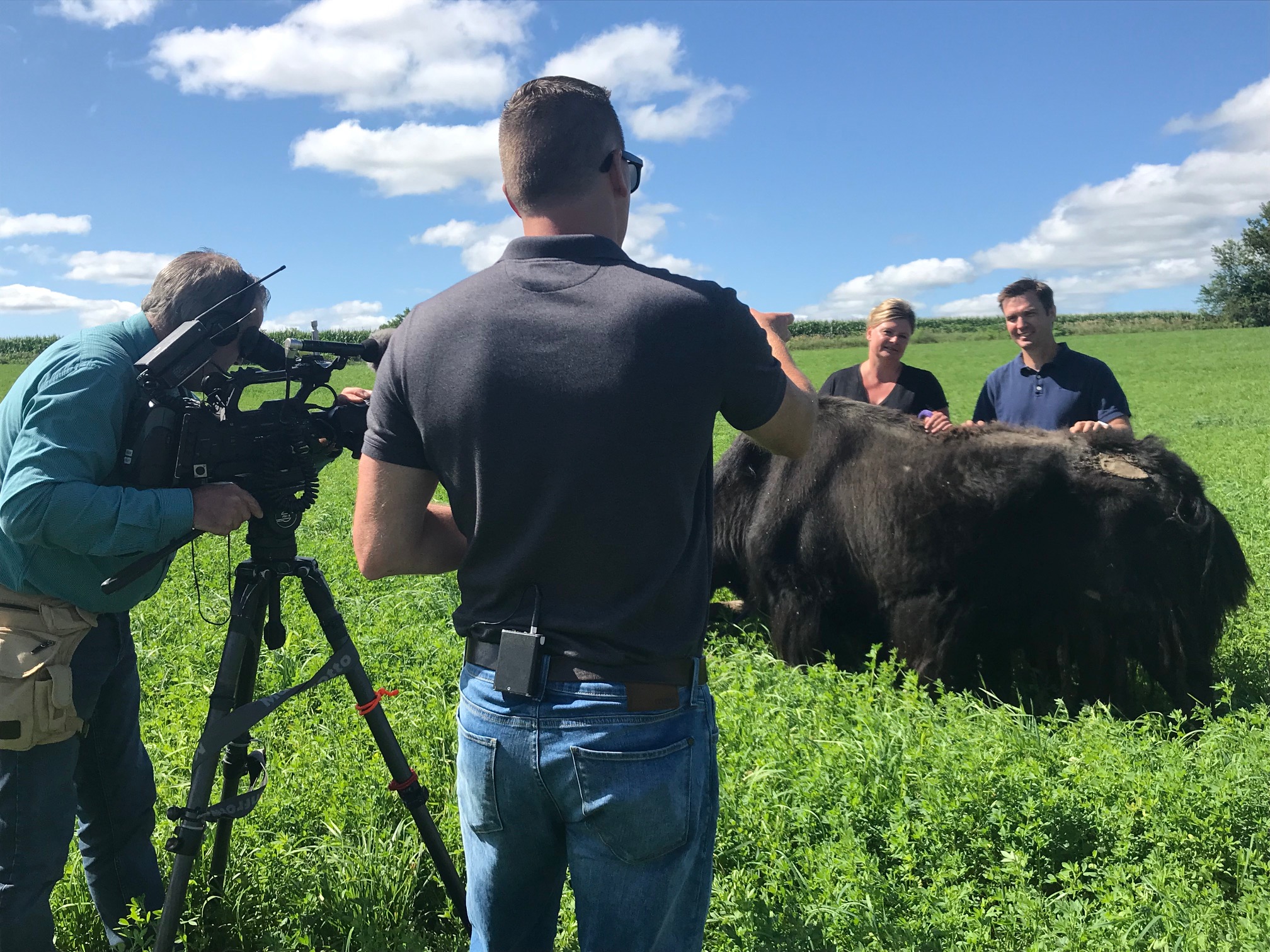 Jericho was previously owned by John Hooper, who took excellent care of Jericho for many years. John was instrumental in fostering a special relationship with yak and the Tibetan Society of Minnesota.

When Jericho was a young calf, John took him to the Dalai Lama’s Birthday Celebration where Jericho was blessed by a Tibetan Monk in honor of His Holiness the Dalai Lama. Jericho, now a sacred animal, continued to live a blessed life at John Hoopers.

Jericho was extra special in the fact that his horns continued to grow. His horns became so long and heavy that they curled forward and then back down towards his neck. They became quite a spectacle and wonder to see. John trained Jericho to wear a saddle and parade people around. Together they traveled to The Denver Stock Show, Minnesota State Fair and numerous local events.

When John retired in 2014, Jericho went to live at Clear Spring Farm. Jericho fit in very well with the herd at CSF as many yaks were from John Hooper originally and Jericho recognized his old buddies right away. 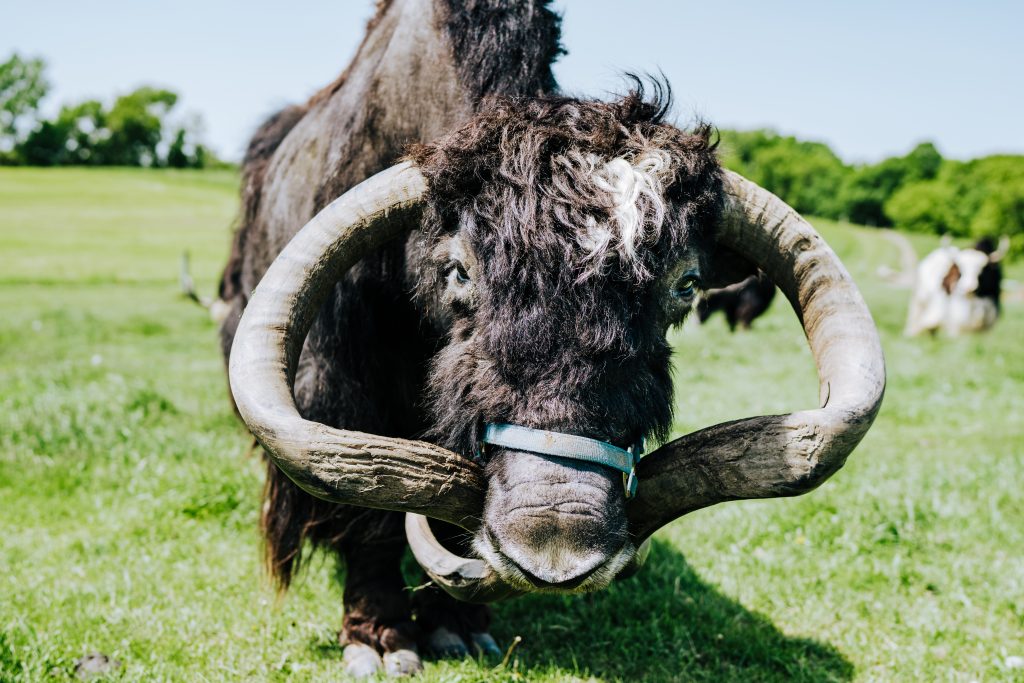 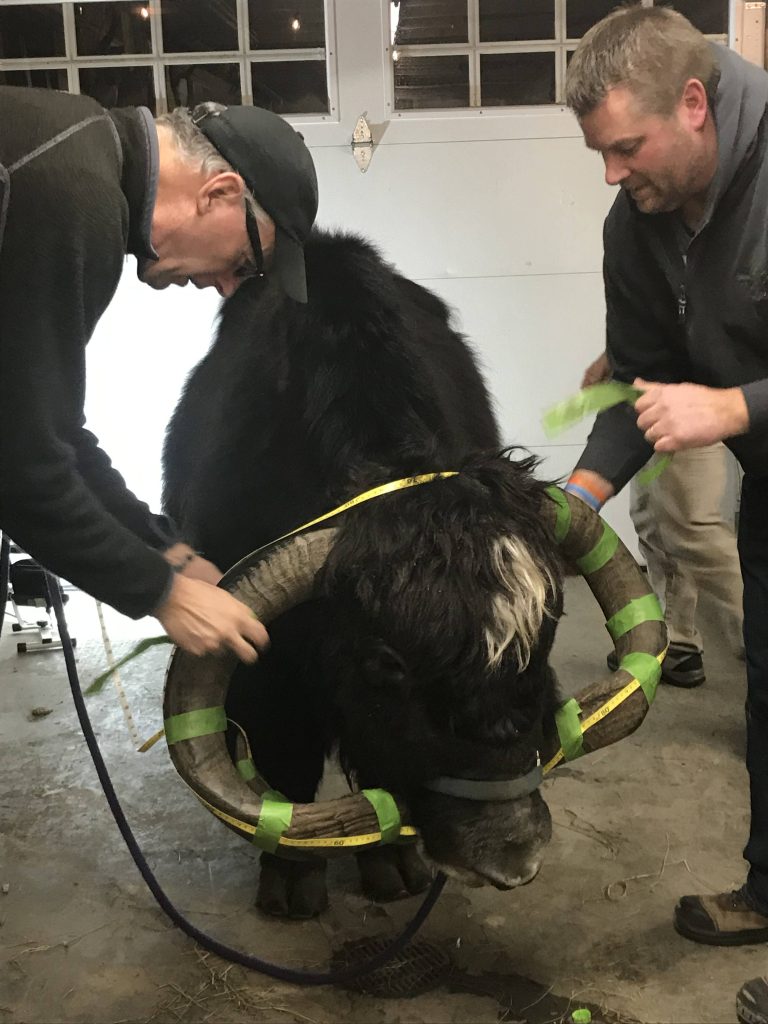 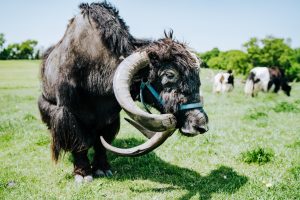 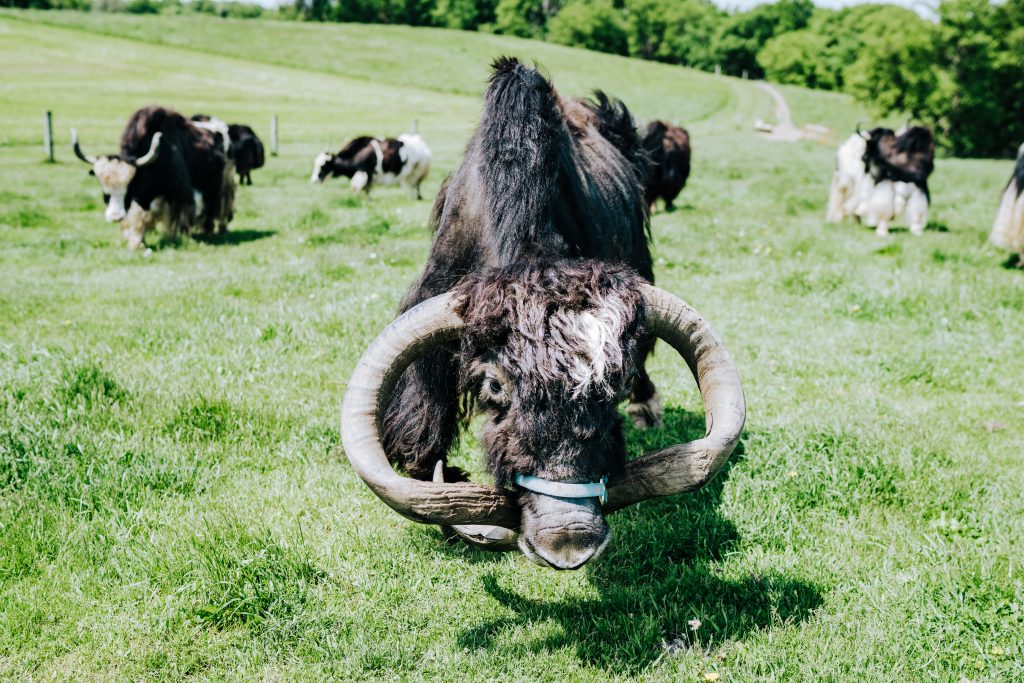 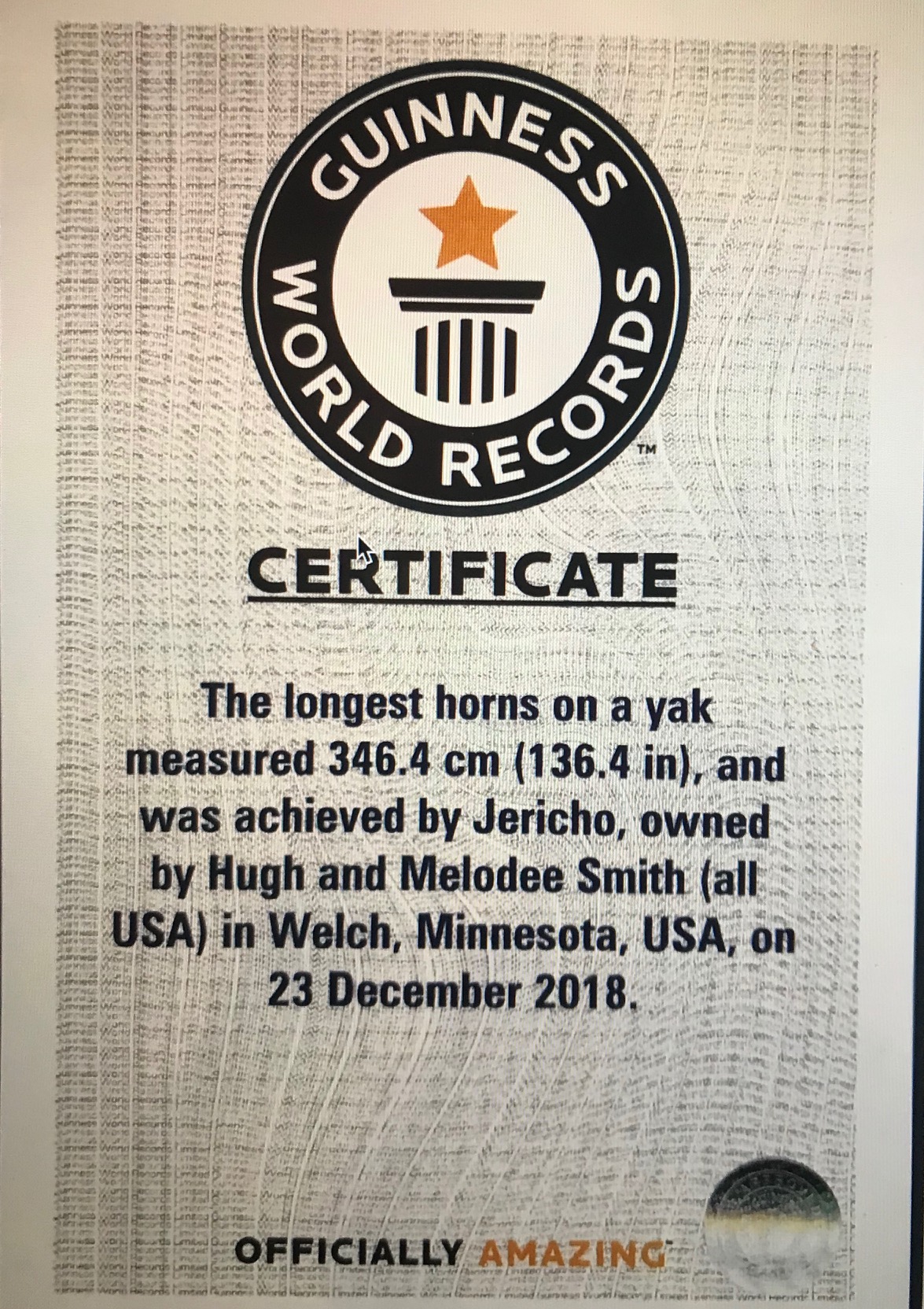